Lawrenceville’s next property to watch for redevelopment

The 26 Most Hipster Neighborhoods In The World 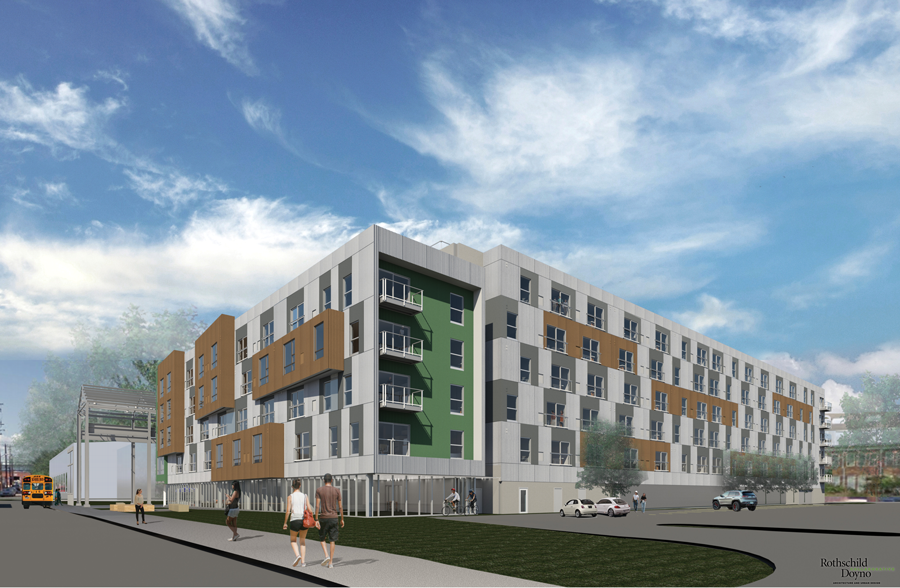 Alex Simakas owns a large piece of property in a dense city neighborhood that is seeing some of Pittsburgh’s fastest rising housing values.

It’s a combination of factors leading Simakas and his partners, working as Fort Willow Developers, to begin planning to redevelop what is now an old 120,000-square-foot industrial building outfitted with 10 cranes and some accompanying open land into a new master planned project in the heart of Lawrenceville.

“We’re kind of going through the master planning phase just to get an idea of what might work best there,” said Simakas. “Certainly, that heavy industrial use is probably not the most desirable for the neighborhood.”

The change in plans for the property comes after Simakas sold the company that is operating in the buildng, Interlocking Deck Systems International, to Green Tree-based L.B. Foster Co. in 2010 for $6.9 million. In late February, Simakas closed on an option to buy the five-acre property from the Regional Industrial Development Corporation of Southwestern Pennsylvania. He has hired Rothschild Doyno Collaborative to help devise a new master plan for the site with an eye toward tearing down the established industrial building and replacing it.

So far, Simakas said his view of what to do with the property is wide open but he sees the neighborhood around him quickly revitalizing with new residents, who are pushing up values for nearby homes. At the same time, he’s spent the past two years marketing the building for industrial tenants seeking rents of $3 per foot to $4 a foot, only to come up largely empty.

The immediate plan is to clean up the property over the next month and then begin formulating plans and holding discussions with community groups to get their input before undergoing a full permitting process with the city.

“You’re going to see a transformation over the next four to six weeks and hopefully by then we’ll have figured out what the property will be,” said Simakas,

Along with hiring an architect, Simakas has also been interviewing real estate firms to potentially market the property for a variety of uses, such a hotel and office space, although he also acknowledged that all the commercial firms he’s spoken to have said they believe his project should be residential.

Perhaps best known to pedestrians for hosting the neighborhood’s annual Art All-Night event, which it will again later this month, the former Interlocking Deck property is pivotal for reasons beyond its location in a revitalizing neighborhood.

It’s also next to the National Robotics Engineering Center and also close to RIDC’s Lawrenceville Technology Center and its 14 acres of the former Heppenstall steel mill property waiting for redevelopment. The site is also close to a riverfront trail and the rail line for which the city has undergone the Green Boulevard planning process. The plan proposed a new trail to be established to complement the rail line as well as a potential future station for commuter rail to be established nearby.

Simakas remembers being surprised by the potential of the plan when he first saw it a few years ago.

“I knew Lawrenceville was getting really interesting and desirable but I had no idea that the city had all these plans for possibly doing things there,” he said.

A variable for the property Simakas will also consider in the coming weeks is a potential tenant for a 30,000- square-foot portion of the building. He said he could lease a portion of the space and then tear down much of the rest of the structure. While his plans are still early stage, Simakas roughly estimated demolition on the building could begin in the fall.

Bob Cornell, president of Pennsylvania Commercial Real Estate, represented the property for industrial use but his assignment on the property ended about a month ago when Simakas decided to change course.

He agrees the property has potential for a higher and better use.

“The location just becomes that much better as the gentrification of Lawrenceville continues,” said Cornell, noting is Simakas’s first development. “He’s making the right choices, he’s a smart guy and he’ll do well.”

Seeing strong housing potential for the location, Paul Griffith, senior managing director for the Pittsburgh office of Integra Realty Resources, doesn’t expect those kinds of demand trends to slow down there.

“I just see that market area continuing to increase,” he said. “I don’t think there’s going to be any slowdown there at all.”

While he acknowledges the arguments for houses or apartments, Simakas emphasizes he’s working with a total blank slate right now for what’s next for the property.

“It’s so wide open,” he said. “We’re considering anything.”